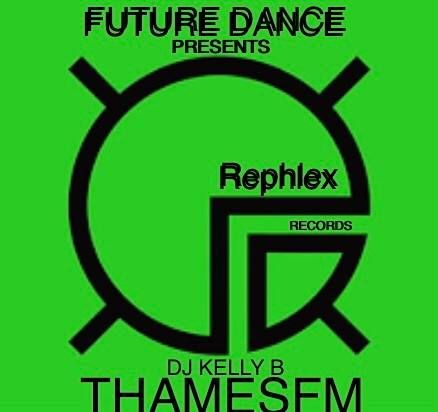 This is K-Rock, i.e. Kelly Barnett's homage to the music he created.
He released two records on Ed DMX's excellent Breakin records label. This was his first outing with Breakin' Records in 1998 - the sought after September Eighteen still carries the swing and is an early example of the direction his music would take.
As his graffiti tag states, K-rock, comes from the N5 post code area of  the London Borough of Islington - Highbury to the manor born.
K-Rock started his professional raving career as a dancer for Baby Ford - you can spot him spinning in the 'Children of the Revolution' video, a top 40 hit back in 1989 -
He also made various records with Rephlex such as the New Deal EP in 2004 which is a collection of rough, cut and paste tracks taking in R and B and disco influences from K-Rock's collection of rare grooves and the grimey sound of the London pirate stations.
The feeling of the EP is dark and dirty, with a tense nervous energy.
K Rock, as he is still known became legendary as a long-time Rephlex Assault Squad DJ and spar Kelly Barnett  producing deep, dark electro sounds but with more of an old-school house/tribal feeling than the other Breakin' artists, topped off with Kelly's moody spoken vocals.
His work with Rephlex took him far and wide and his 2nd EP contained hard edged nuggets like this
Touring the world and showcasing his unique talents as music maker, dancer and DJ led K Rock to places many would dream of - from Japan to Detroit - and he remains loyal and true to his core.

The essence of music is life and his energy burns bright in all he does.
He brings you his journey through the sonic lands he has ploughed and brings you his very Special, Rephlex Records homage only on Thames FM.
Catch it again here