Catch Don Pablo's Harry Mudie Special again
Harry Mudie is both under rated and acknowledged as a true innovator.
Born sometime in 1940, in Spanish Town, Harry Mudie had his own Sound System, Mudie's Hi Fi, by the late 50s and by the end of that decade into the 60s he had started producing music himself.
The first to record Rasta Nyabinghi drummer, Count Ossie and his group, Mystic Revelation of Rastafari, capturing on tape some of the pioneering drummer's work at the Scaramouche Gardens Club, which Mudie was managing at that time, and which he later released on his own label Moodisc - 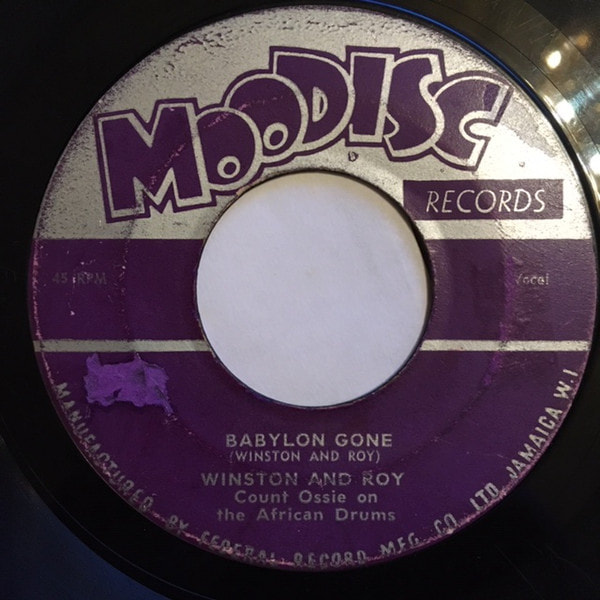 Mudie left Jamaica for England to study electronics and photography, and returned back to Jamaica to produce music in the late 60s starting with The Drifter riddim featuring Dennis Walks who Mudie worked with closely over the years. Harry Mudie originally produced this using just a two track desk, and recycled this riddim as Heart Don't Leap, with a little variation using more tracks.
Mudie began to work with a roster of artists such as Jo Jo Bennett, Dennis Walks, GG Russell, Winston Shand amongst others. He was the first to work with I Roy (who he reportedly suggested use I Roy as a name to emulate U Roy) and other DJs such as Big Joe. His stable extended to acts right across the reggae spectrum, developing a keen ear for crisp production values.
He released records with The Heptones, Freddie McKay, Tommy McCook, and helped to launch the careers of The Ebony Sisters as well as forming a studio band - The Mudies' All Stars comprising vibist Lennie Hibbert, Jo Jo Bennett on cornet, pianist Gladstone Anderson,  saxman Tommy McCook, Bongo Herman, percussionist, Bobby Ellis on trumpet and  Mikey Chung on guitar.
The Ebony Sisters Let Me Tell You Boy became an instant hit and remains a classic Mudie and early reggae standard, with its riddim much copied -
Working with groups such as The Eternals, and Cornell Campbell, Mudie's label output in the early 70s was boosted by a deal with Pama and Trojan in the UK, as well as releases on the Cactus label, such as the seminal Time Is The Master by John Holt. This album featured the innovatory use of strings in the prodution, also heard here on Lloyd Jones Rome and Jo Jo Bennett's awesome Leaving Rome, here mixed up with some Tubby and other niceness on the Rome riddim, courtesy of the wonderful DJ Algoridim -
Bringing strings into the mix was unheard of in reggae music, and Mudie remains a true innovator for having done this, indeed this stands tall as his legacy taking reggae to a different level of lushness showcasing the talents abundant in Jamaica.
Using his UK contacts Mudie recorded the strings in Chalk Farm Studios in north London in May 1970. He said he used members of the Philharmonic Orchestra to capture the feel he wanted. He then added the strings he had recorded to the tracks mixed in his Jamaican studio. As well as Leaving Rome, the first reggae songs to feature strings were Mudie's Mood by his All Stars and this slice of wonder from Jo Jo Bennett -
Bringing live strings into the mix was next for Mudie, which he did with this from John Holt, in September 1971, again recorded in Chalk Farm Studios. He cut the sultry Time Is The Master album with John Holt in 1973 which proved to be a runaway success. 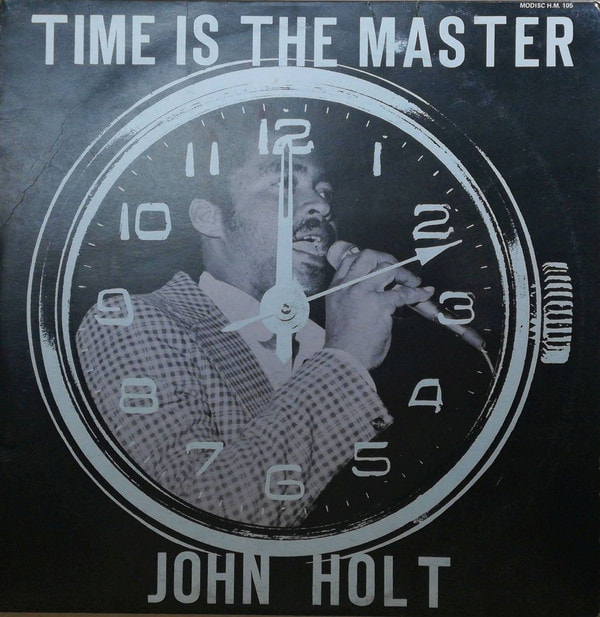 He suffered at the hands of bootleggers, especially in the UK, who pirated The Drifter, Let Me Tell You Boy and Run Girl Run, but undeterred, Mudie stuck to his groove and recycled those most popular riddims himself, slightly altering the arrangements - so Heart Don't Leap, The Drifter and Love Without Feeling are all reused and recorded by various artists from the Mudie stable.
Mudie's appeal and slick production methods even brought in those from outside of the reggae circle too, such as Inge Larson from Sweden, reputedly Mudie's muse and with whom he cut a couple of memorable singles in the early 70s including a reprise to John Holt's Love Is Gone, Gone Is The Love, and Everybody Knows -
Gregory Isaacs, Bunny Maloney and Gladstone Anderson all recorded with Mudie, and his reputation led him to a link up with King Tubby. John Holt's classic is covered here with style by the Cool Ruler, showcasing Mudie's deft production touch and his unerring ability to rework established and successful riddims -
However, it was his work with King Tubby which many regard as the pinnacle of his ouevre - released between 1976 and 1978, all three Dub Conference Albums were in fact recorded over a week in one sitting. Mudie had to take Tubby's 4 track mixes to mix down into a 16 track adding the strings and horns. This was the first use of strings in dub music. He was able to introduce jazz and classical music elements into these versions of Bunny Maloney, Dennis Walks, Jo Jo Bennett and even jazz man Idris Muhammed vocal cuts. Here you have the Shark Wilson gospel reggae original -
and the Mudie meets Tubby Planet Dub in the second of the Dub Conference series -
Or this vocal from Bunny Maloney Ethiopia, reworked as Where Eagles Dare in the third of the series -
These and pieces from Volume 1 of the Series, like the sublime Roman Dub, are works of musical art.
The combination of Mudie's tough riddims and his production skills combined with Tubby's glorious use of echo, reverb and the rest of his dubwise repertoire with Mudie's trademark use of strings represent work Mudie himself was most proud of. He released more records from his Jamaica studio before travelling extensively and finally settling in Florida where he and his son continue to release from his back catalogue. He released a Jim Reeves compilation and even put out a couple of hip hop jams, like this Mission Impossible theme tune version and keeps the Mudie name bubbling as he reworks and reimagines his best loved riddims -