This week (02/02/21, 8pm) on The Magnificent Biscuits Show you'll hear some more amazing music, much of which has only come to be widely available in recent years. This is thanks largely to the bravery, persistence and hard-work of a few dedicated people. Not content to dig into the depths for rarities just to use in their own collections, the likes of Samy Ben Redjeb and Miles Cleret went on to found wonderful labels (Analog Africa & Soundway, respectively), to bring this music to the wider world. And deservedly so, as you’ll hear both in this and many other Magnificent Biscuits shows. Not only is it the music though, for Samy and Miles both have a determination to tell the story behind this music (something that has been and a big influence on myself too, and perhaps WHY I do my radio show at all). For me, and obviously I’m not alone, it is hugely important to tell these stories and perhaps, there is even an urgency now as more and more of these wonderful artists approach older age, or are sadly missed already, taking their stories and experiences with them. So it is vital the stories are told and shared, whilst being respectful and engaging.

Each of Samy and Miles’s releases sees all tracks properly licensed and cut from original tapes where available, and this only comes after hours, days and sometimes years, of tracking artists down, speaking to and interviewing band members, family and friends. This is the culmination of weeks, months - and sometimes years! - of work, on liner notes, photos album artwork and of course the music!

This Afro-Funk show will feature several of the releases from the two labels I’ve mentioned above and there are, of course, many others doing this too; labels such as Ostinato, Strut, SoulJazz and BBE reissue in-demand or rarer titles regularly. But naturally my MAGNIFICENT BISCUITS vinyl collection isn’t just re-issues. Some of it is actually more recent ‘re-edits’ that work on the dancefloor but are suitable for radio play too. Much of my record collection has taken time (and nowadays a fair bit of expense!) to track down, so is the original vinyl too. These usually get saved for ‘Special’ shows or gigs though, getting airplay only on the most special occasions, you might be lucky, so keep your eyes (and ears) peeled!

Below is a little information on some of the artists you will hear on the Afro Funk show. Much of this detail and information has come courtesy of (and with thanks to) Samy Ben Redjeb/Analog Africa Records or Miles Cleret/Soundway Records, and serves to demonstrate exactly HOW deep their knowledge, digging and effort goes. Truly, they are expert archeologists. I’ll try to add to these notes as and where I can, and is appropriate, during my shows too of course! You can always find out more from the sleeve notes or websites of these great labels I’m sure. 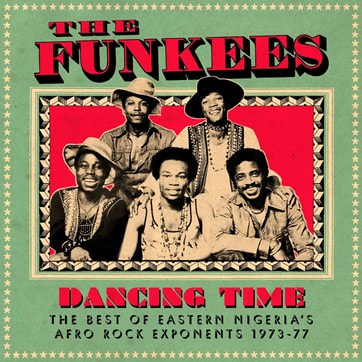 Regularly played on the show, there'll be more from The Funkees album 'Dancing Time' too…

“In the early 1970s The Funkees were the number-one east Nigerian band and the only outfit to seriously challenge the popular Lagos based rock combos MonoMono and BLO. Stoking the dancefloor was the young band’s first priority and The Funkees were often playing through the night, seven days a week.

Formed at the tail end of the Nigerian civil war by Harry Mosco Agada (then a guitarist in Celestine Ukwu’s Music Royals) the band played for the army’s 12th Brigade in Aba and went through a rapid series of membership changes in search of the perfect line-up of players.

It wasn’t long before promoters in the UK came calling and The Funkees packed up their instruments and moved to London where they quickly established a fierce reputation on the live circuit. Here they recorded two seminal albums before finally breaking up in 1977 amidst some controversy. This collection recently released by Soundway records features for the first time all of their Nigerian 45s alongside the best of their UK album material and is accompanied by a full interview with original member Sonny Akpan, who spent his later years in London until his passing in 2018.” - Notes courtesy of Soundway Records.

This one’s the compilations’ title track. It’s funky as hell, sure lives up to its name, just like this amazing band: 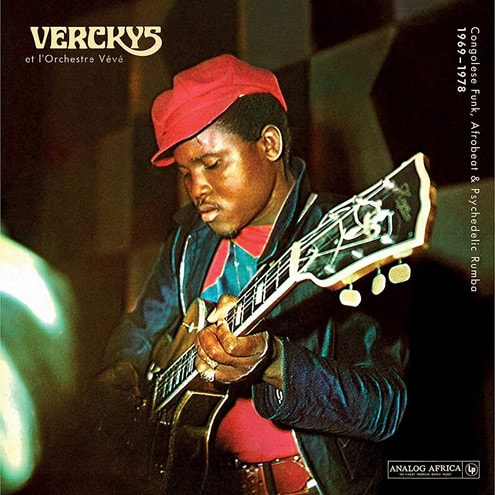 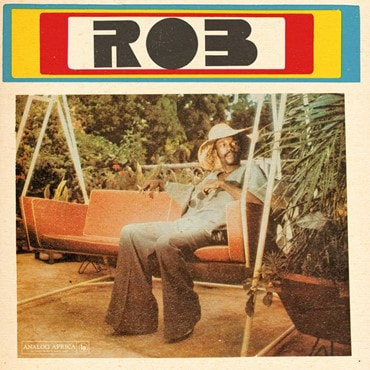 We’ll also hear from the Congolese Verkys et L'Orchestre Vévè, via a 2014 release (pictured, above). Verkys could fill a show (and blog) on their own… and maybe they will in the future! For now, here’s a taste of these beginnings:

“Congo's turbulent and exhilarating '70s: Nightclubs and dance floors were packed to the brim in the capital, Kinshasa. Exuberant crowds, still giddy from independence a decade prior, grooved to the sounds of the country`s classics. In fact the whole continent was submerged into the Congolese Rumba craze. Encouraged by the fantastic productions of the Ngoma label, vibrant radio waves had been spreading the Congo sound from Leopoldville all over the continent, becoming the countries' No.1 export. The unexpected success nurtured an incredible wealth of talented musicians. One of them was Verckys.” - Notes courtesy of Analog Africa/Samy Ben Redjeb


But no Afro-Funk show would be complete without a trip down to 'Funky Rob Way'. Another artist that could fill a show and blog on his own. And just might!

Rob Roy Reindorf - Born in Accra in 1947 - was an admirer of American artists Otis Reading, James Brown, Wilson Pickett and Ray Charles. He began his trade by learning the piano at a music school in Cotonou, Benin before venturing out to make what money he could by getting gigs with the movers and shakers of the Beninese music scene, namely Orchestre Poly-Rythmo and the Black Santiago. After learning the science of music composition, Rob returned to Ghana where he began to write his own songs and eventually sought the backing of a band, specifically one that had horns.
ROB cut two albums for the legendary Essiebons label in 1977. Neither of these were big domestic hits at the time and have since become prized amongst collectors in recent years.
Here’s one (though not from the album pictured above):

I also plan to showcase some mighty Tongolese Funk from Orchestre Abass and there's something quality out of Burkino Faso, courtesy of Gyedu-Blay Ambolley. Two more amazing artists that you’ll hear getting regular airplay (or on a dancefloor!). There’ll be some beautiful sounds from Marijata, a trio from one special (secret) artist and a trip to the more psychedelic sounds of Ilhas de Cabo Verde!

Anyway, that was a couple of stand out artists and info. Hope that’s given you a flavour and taste for more! Check out the links and tunes here, and hopefully catch the full show too!
Keep sharing, keep caring. Cheers.
Scotty, Magnificent Biscuits HQ. Feb 2021.